The Coop, Graupel, and One Glass A Day I decided to sell the chicken coop.   After thinking about making it a greenhouse (it would never work I was told) or a shed (not tall enough for tools) I put the chicken coop up for sale.  I had a call very quickly from a very excited lady telling me that she would pick it up that night.

Then I remembered all the rock I put around the run.   I put it there as extra protection against the wild creatures we have around here.   You name it over the years we've probably had it ...opossums, weasels, foxes, etc.   All of them have visited out little neighborhood.   I pretty sure those rocks helped deter many of them from getting in to the chicken run. 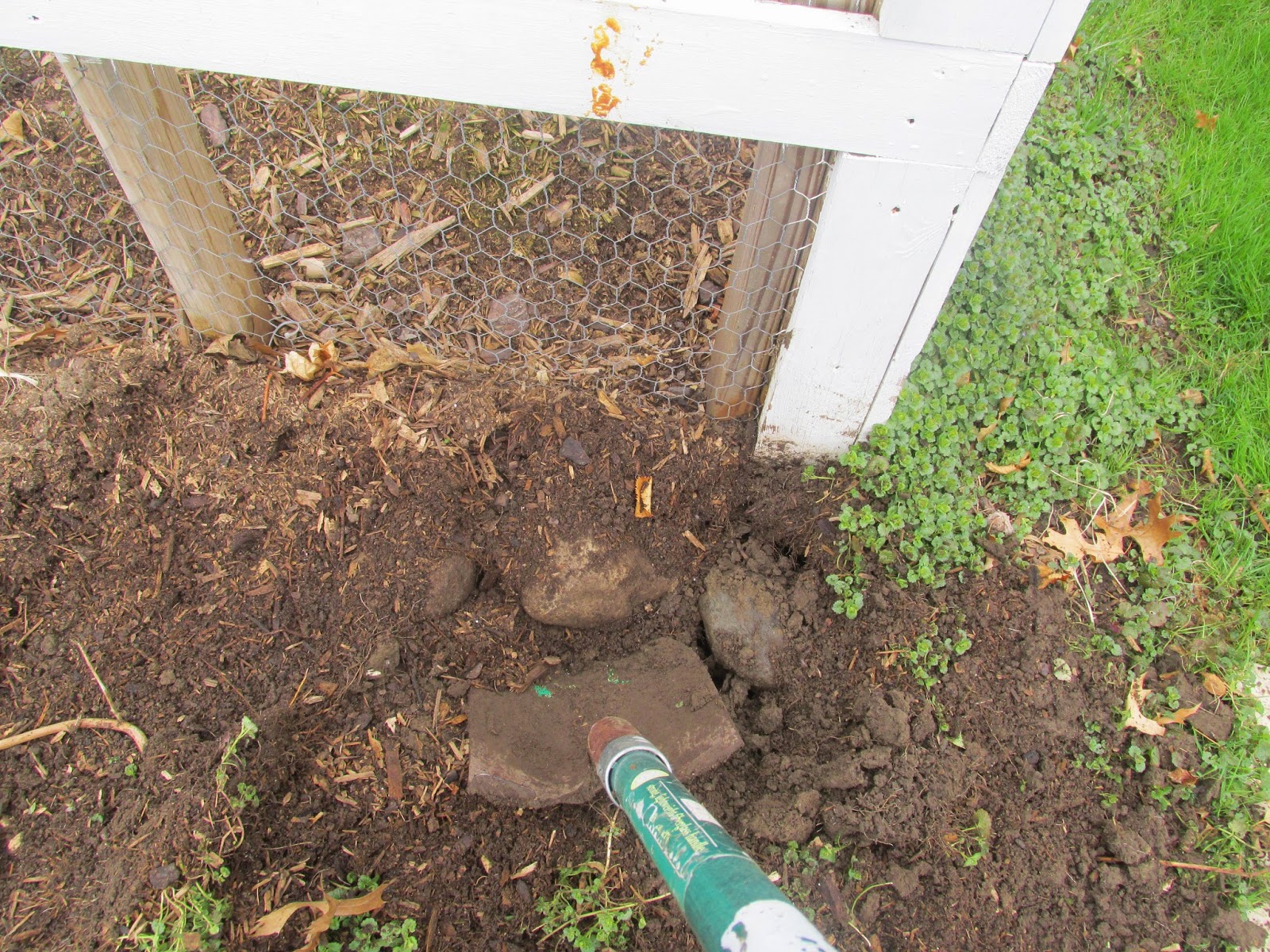 Over six years of having chickens who loved to scratch out all the dirt and mulch out of the run, let me tell you that rock was down deep. Now I'm left with this rich soil and I have plans!

As I was digging out all the rock in the 30 degree weather I had Graupel fell on me.   That's right Graupel.   I know I never heard of it either! Apparently during the mini blizzard we had the stuff falling out of the sky was not snow at all but Graupel.   According to our weatherman Graupel looks like snow because it's white but has a different texture.  So it starts out as a snowflake then as it's falls water gets to it.  Who knew?


I woke up yesterday morning to a pile of dishes in the sink and wondered exactly what happened when I went to bed.   We (I) decided after I loaded the dish washer, and washed dishes till I was purple, that we would go down to using one glass a day for each of us. This morning all is well.


This post has been linked to The HomeAcre Hop at Our Simple Homestead, The Clever Chicks Blog Hop at The Chicken Chick, The Art of Homemaking Mondays at Strangers and Pilgrims on Earth,  Maple Hill Blog Hop at Maple Hill 101,
Posted by Vickie @Vickie's Kitchen and Garden at 8:22 AM
Email ThisBlogThis!Share to TwitterShare to FacebookShare to Pinterest
Labels: Garden