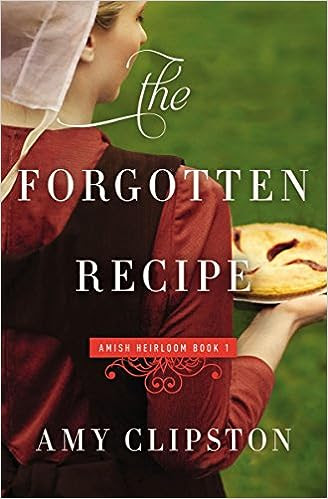 After losing her fiancé in a tragic accident, Veronica Fisher finds solace in the old recipes stored in her mother’s hope chest—and in a special visitor who comes to her bake stand to purchase her old-fashioned raspberry pies.
Veronica Fisher knows how lucky she is to be marrying her best friend. Seth Lapp is kind, hardworking, and handsome—but most importantly, he loves Veronica.
When an accident on the job steals Seth away from her, a heartbroken Veronica is certain she will never love—or be loved—again. Yet when she discovers a batch of forgotten recipes and opens a bake stand to sell her Mammi’s raspberry pies, Veronica picks up a regular customer  who gives her heart pause.
Jason Huyard was with Seth when he lost his life—a memory that haunts him still. So when he seeks out the grieving fiancée to convey his condolences, the last thing he expects—or wants—is to fall in love. Nonetheless, Jason soon finds himself visiting Veronica’s bake stand every week . . . and it’s for more than the raspberry pies.
Now, as Veronica’s heart thaws, Jason can’t bring himself to tell her he was there when Seth died. Can he ever reveal where he was on the day her life derailed? Or will his secret rob them of the second chance at love they both want?

Amy Clipston has wrote a book that is very romantic but at the same time to me expressed the many stages of grieving.  She reminds us of the replay that can happen in our minds after someone passes away. We might replay the moment someone told us of our loved one passing or even the moment you may have seen the person pass away.  Then sometimes, we can even manage to feel guilt over something we should have said or done.

I admired the character Veronica who tried to remain strong as she worked her way through her grief. Trying to not sit and dwell too much on Seth's death she found a purpose. It was a relief that she found something she did well and that it also had a connection to her grandmother.

This book reminds me that we all have grief in our lives but we must go on. We must never forget or cherish but after a time we need to live and love like they would want us to.  I was also reminded everyone's has a different time frame of grieving.

i have to admit at first  I was put off by the lack of action in this book but not so much after I began to understood the plot. The scenes were described perfectly... the buggies, the pie stand, and the auction. Although, without giving away too much, I would like to add that it seemed the author might have described the same sort of scenario a bit too frequently.

I was given this book by the author in exchange for a honest review.


Posted by Vickie @Vickie's Kitchen and Garden at 12:33 PM