In a effort to remember the good things in life this week I'm again sharing with you Count my Blessings Wednesday. 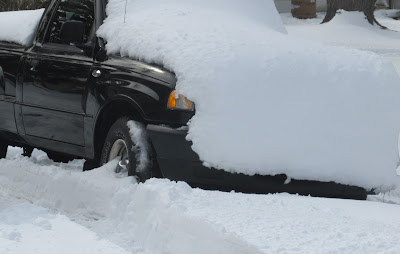 Every once in a while my husband let's me drive his truck.  We have three old cars and inevitably one of them need to be repaired. Then we are down to two  and we will run into trouble with too many things on our plate. That's what happened this morning when the husband had to get the grand kids off to school and I had to go to an appointment.  He looked at me with one of his eyebrows raised and said, "looks like we don't have any choice, you'll have to drive the truck."

Let me take you back to a little over 30 years ago when in the midst of a recession we had a small little car with a stick shift.  Growing up using a automatic I had no idea how to even begin to drive one. I became dependent on him after he woke up from working 2nd shift to drive me to the store, the doctor, or where ever I needed to go that day.  He finally got enough and so did I.   That weekend he began to teach me the basics of how to strip change gears.  Believe me he came close to hitting his head on the windshield many times on those lessons (we didn't wear our seat belts then).   After many lessons he just basically gave up and determined I was unteachable.

The need for independence gave me a determination to learn though  and I decided I could teach myself.  Trying to remember what I had learned so far I left the babies with him and drove around the trailer park where we lived at that time. I was getting it down but I knew backing up was my downfall so I made sure I just kept going around the block.

Not paying much attention where I was actually going because I needed to concentrate more on shifting, I ended up down a dead end.  Having no choice I had to turn around in somebody's driveway.  Things were not going good as I would put it in reverse, stall it, and try again.  I happened to look to see a mean looking man come stomping out his door.  Really I don't know if he was coming to help me or tell me to get out.  Thankfully about that time I got it all together and was able to back out without a problem. ...never looking back.

A new automatic vehicle was the first thing we bought after the paychecks from the long layoff began to come back in regularly!

Here and there I have had to drive a stick shift but I try to keep the experience down to a minimum, Yes I'm terrible still at backing up but I can do it if needed. Today though I know that I'm blessed to have the old truck and very thankful I can make it down the road with out stalling.

This post has been linked to the Soul Survival Linkup, Home Matters Linky Party, The Art of Homemaking Mondays, Tune it Up Tuesdays,
Posted by Vickie @Vickie's Kitchen and Garden at 1:03 PM

Email ThisBlogThis!Share to TwitterShare to FacebookShare to Pinterest
Labels: Random