It's been a very busy week with garden coming in practically all at once!   So nice to have a good year in the garden but all the same the workload was great!

We picked (me and my husband) two bushels of green beans on Sunday (in between church).   These are the heirloom rattlesnake beans that climb.  After we gave some to friends and family we still canned 24 quart jars~and dried a quarter of a bushel in the dehydrator on Monday. 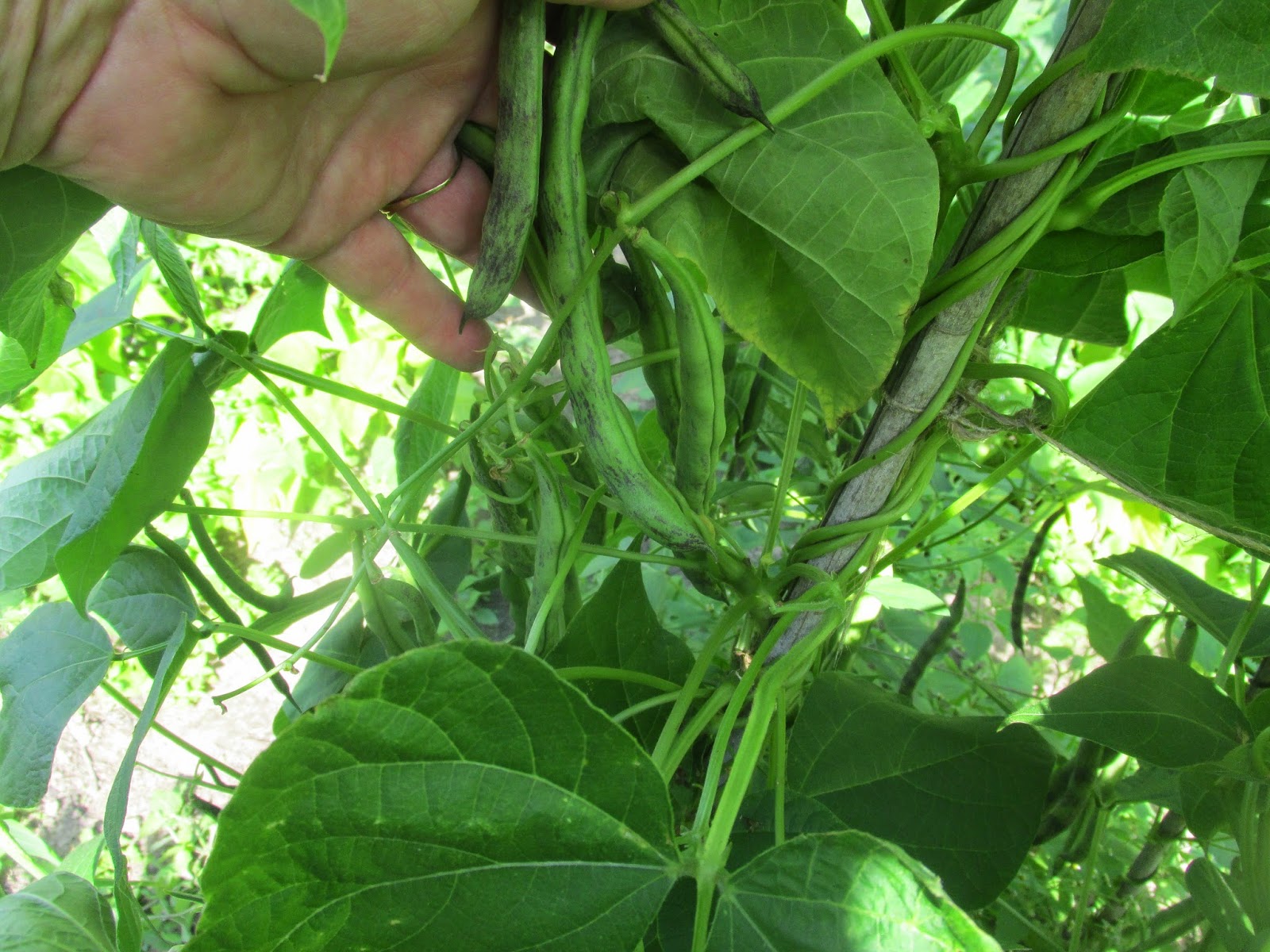 Wednesday we picked two more bushels of white half runner green beans.   Canned 21 more quarts, made enough for eating, and dehydrated some more.  Brother in law came also and picked a bushel of beans.

Grandson picked 18 peppers out of the garden and washed them for me...he is young yet and we encourage him to help us in the garden.  I brought them in and froze them for later use.   I now have plenty to last me through the winter so I'll be giving some away if there are more later in the season. On the way to my daughters I noticed a stand someone had for free produce for their neighbors -I like that idea.

I hemmed a pair of jeans that I bought a garage sale.   I use the original hem and they look nice.   Here is the tutorial I use.

Sunday we went to a potluck at church.   I took coleslaw and green beans (cabbage and green beans came out of the garden).    We were invited to take leftovers so I took enough for youngest daughter to eat so she wouldn't go out to eat.

I made a menu plan for the week.   This is something I just started to see if it will help me with the grocery bill.  The jury is still out.


What frugal things did you do this week?


Posted by Vickie @Vickie's Kitchen and Garden at 11:39 AM