A Simple Wish by Charlotte Hubbard Blog Tour and Giveaway! 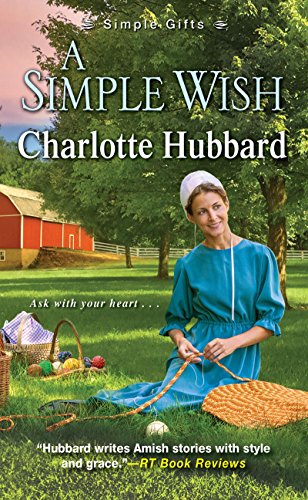 Making rugs for the Simple Gifts store has taught Loretta Riehl that an unassuming pattern can reveal surprising depth. People, too, have a way of defying first impressions. Drew Detweiler came to Willow Ridge under a cloud, but the  handsome craftsman has gained the community's respect for his upholstery skills and commitment to making amends for his mistakes. As her new brother-in-law's twin, he's joining the family for dinners and Sunday visits, and Loretta can't deny enjoying his attentions.

If only  her dat were willing to let a little joy into his life. Cornelius Riehl grows sterner with each day, and Drew suspects there's more to his moods than missing Loretta's late mamm. Hoping to fulfill Loretta's wish to live in a  peaceful, happy home again, Drew sets out to learn the truth. It's a journey that will bring to light painful realities—but also the chance to forge a new, honest, and loving future together...

You can read my review here.

Enjoy this excerpt from A Simple Wish:


Grinning, Drew dropped down from the buggy. As he clasped Loretta’s hand and escorted her to the other side of his open vehicle, she wondered if he was leading her down a path riskier than Will’s and far more dangerous. A path more daring . . . and passionate. When Drew placed his hands on either side of her waist, he paused before lifting her up.

Loretta’s heart went wild. Drew’s sapphire eyes held secrets and intentions she couldn’t decipher, and he brought to mind a fox in the henhouse cornering his tasty prey. Effortlessly he lifted her into his buggy and then hopped in on the other side. “Hope I wasn’t interrupting anything important,” he said as he took up the lines. “If I’m not mistaken, Gingerich looked like a man come courting.”

Feeling downright wicked—yet too flummoxed to look over at Will on the porch—Loretta let out the breath she’d been holding. “You saved me from a really embarrassing scene,” she murmured as the buggy lurched into motion. “Once upon a time I loved Will with all my heart, but after Dat broke us up and he latched onto Molly so fast—well, I had second thoughts about his . . . sincerity. His true feelings for me. And now, well—”

Loretta faltered. The man beside her had lied to Molly about who he was when he’d gotten her in the family way, before poor deluded Will had married her. Everyone in town had officially forgiven Drew for deceiving Molly, and also for drugging his brother Asa with sleeping pills before he’d tried to marry Edith, but Drew was still a mysterious newcomer who played his cards close to his vest.

If Dat saw whom you were riding off with, he’d be even more upset than when he made you break up with Will.

It was true, yet Loretta didn’t regret what she was doing. For the first in a long time, she felt breathlessly alive. 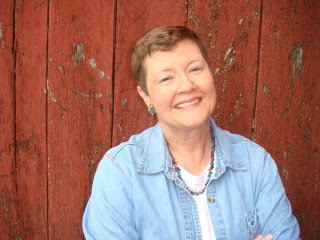 Charlotte Hubbard is the acclaimed author of Amish romance and fiction that evokes simpler times and draws upon her experiences in Jamesport, the largest Old Order Amish community west of the Mississippi. Faith and family, farming, and food preservation are hallmarks of her lifestyle—and the foundation of all her novels. A deacon, dedicated church musician and choir member, she loves to travel, read, try new recipes, and crochet. A longtime Missourian, Charlotte now lives in St. Paul, Minnesota, with her husband and their border collie, Vera.

Please visit Charlotte online at www.CharlotteHubbard.com.
You can also find her on Facebook

Charlotte Hubbard will be awarding a $10 Amazon or Barnes and Noble GC to a randomly drawn winner via rafflecopter during the tour.

Virtual Book Blast Tour and Review for An Amish Christmas Star by Charlotte Hubbard Plus a $15 Amazon GC Giveaway!

This post is part of a virtual book tour organized by  Goddess Fish Promotions . Charlotte Hubbard will be awarding a $15 Amazon or B/N GC...