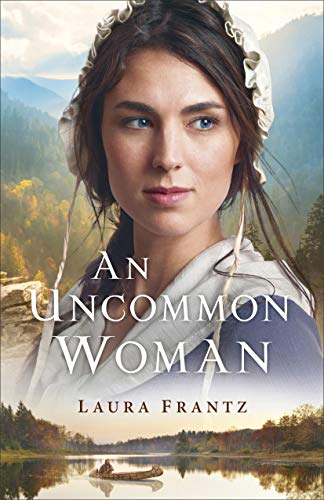 An Uncommon Woman by Laura Frantz

Unflinching and plainspoken, Tessa Swan is not your typical 18th-century woman. Born and bred on the western Virginia frontier along with her five brothers, she is a force to be reckoned with.Quiet and courageous, Clay Tygart is not your typical 18th-century man. Raised by Lenape Indians, he returns a hero from the French and Indian War to the fort that bears his name, bringing with him Tessa's long-lost friend, Keturah, a redeemed Indian captive like himself.Determined to avoid any romantic entanglements as fort commander, Clay remains aloof whenever he encounters the lovely Tessa. But when she is taken captive by the tribe Clay left, his hand--and heart--are forced, leading to one very private and one very public reckoning.Intense, evocative, and laced with intricate historical details that bring the past to life, An Uncommon Woman will transport you to the picturesque and dangerous western Virginia mountains of 1770.

The history that was in this book was unbelievably researched from what they drank down to which tribe of Indians were settled in the land.  The surroundings were described so perfectly, you can imagine every building, fort, canoe, and tepee.  Yet, all this didn't deter away from the people and the danger they felt and faced every single moment of their lives.  An Uncommon Woman made you feel as though you were right there in their midst.

I loved every character but if I had to pick a favorite  it would be the Mother who stood out.  She was strong and cared deeply about her grown children.  She was the matriarch of the family and stood her ground when she needed to.  She had dreams though and wasn't afraid to live them.

What a great, great book, one that I couldn't put down from beginning to end.

This book was given to me by Revell.  This is my honest opinion.

Posted by Vickie @Vickie's Kitchen and Garden at 11:02 AM
Email ThisBlogThis!Share to TwitterShare to FacebookShare to Pinterest