Ella by Nancy Fraser Review and Book Blast and a $20 Gift Card Giveaway!

This post is part of a virtual book tour organized by Goddess Fish Promotions. Nancy Fraser will be awarding a $20 Amazon or B/N GC to a randomly drawn winner via rafflecopter during the tour (down below). You can click on the tour banner above to see the other stops on the tour to leave a comment for more chances to win. 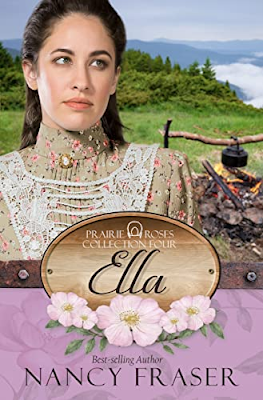 To get away from her late husband’s questionable deeds, Ella Winslow takes her three children and heads west to the unsettled Washington Territory to claim land she believes she’s inherited from her father.

Tucker McAlister was fired from his position as deputy marshal for arresting the mayor’s brother-in-law for spousal abuse. His mentor has found him another job, first escorting the wagon train going west, and then as the new marshal in the growing town of Tacoma, Washington Territory.

The trail is long and hard, yet Ella is more than up to the task. Still, Tuck feels the need to watch over her and her children, whether she wants him to or not. It isn’t until they arrive in Washington that he realizes his protection will now need to extend even further than the wagon train itself.

Will Ella’s faith allow her to trust again and make a safe home for her family, while welcoming Tuck into her heart?

Here is a blurb to read about Ella:

Ella Winslow turned toward the kitchen door, the loud crash of wood on wood causing her to startle. Raising her head, she met her brother’s angry glare.

“What the devil are you thinking, Sis?” Connor Miller asked. “You can’t just up and take off with your children. And crossing the country in father’s prized possession, no less? Have you lost your senses?”

“I’ve never understood why everyone claims it’s women who are moody, hysterical even. We can’t hold a candle to a flustered man.” Narrowing her gaze, she gave Connor the same no-nonsense look she often used on her daughter and two sons. “It’s my decision to make. With my husband dead and buried, there’s nothing holding me here. As a matter of fact, given the legacy Peter Winslow left behind, I’d say taking my children away from this town is the right thing to do.”

The hurt she could see in his eyes caused her a small niggle of pain, a moment’s pause.

“Of course, you mean the world to me. You’re my brother, the only family I have left, other than my precious children.”

“Then, why are you leaving?”

Her shoulders heaved on a deep sigh. “You know why. I’m tired of having the good people of Maryvale stare at me with pity, while gossiping about me behind my back. Not to mention the way the children have been teased in the schoolyard.”

“This whole mess will blow over soon enough.”

“I’d like to believe you... that the people I’ve known my entire life will come to their senses and realize I had nothing to do with Peter’s abhorrent business dealings. And, his...” Her voice lowered before trailing off. She couldn’t bear thinking about all the secrets her late husband had harbored. All the evil deeds he’d done.

“He was a liar, a cheat, and—assuming the reports from the marshal’s office are accurate—a cold blooded killer. His actions were his own. You had nothing to do with them.”

“Tell that to the townsfolk who treat me, and my children, like steamy piles of horse dung.”

“Now who’s being hysterical?” Connor teased, his familiar grin firmly back in place.

“Not hysterical, just fed up with being treated so poorly.” She dipped her hand into the pocket of her apron and produced a piece of paper, waving it in the air. “The farm, the last of father’s workshop projects, and this... it’s all that’s left of any value.”

Connor snatched the deed from her grasp and unfolded it, scanning the page for what was likely the hundredth time.

“You don’t even know if this paper is valid. Didn’t you say the land office never responded to your letters?”

“No matter,” she insisted, swishing her hand in the most dismissive way she could manage given her own doubts. “The solicitor who handled the sale of the house and the disposition of claims against Peter’s estate said it’s a legal document. And, thankfully, never part of Peter’s holdings so it couldn’t be used to cover his debts.”

Connor’s voice softened. “You and the children are welcome to stay here with me and Millie.”

Ella reached up and cradled his cheek in the palm of her hand. The threat of tears warmed her eyes. “You’re sweet to offer, but you and your new wife don’t need us hanging around when you’re just starting out. The children and I will be fine.”

Connor shook his head, pulling away from her caress, and dislodging his thick dark curls until they fell across his forehead. “It’s not safe, setting out in a wagon train all alone. Four months—maybe more—on a dusty trail is no way for a lady to travel.”

“I won’t be alone. I’ll have my children, and at least seven other wagons.”

“What if they’re not all going as far as you are? You may be the only wagon on the Naches Pass Trail. You should wait for a year or two, until the railroad is finished. They plan to reach Olympia and Tacoma by 1872.”

“They haven’t met their previous expectations, what’s to say they’ll make this one?” Ella asked. “I don’t want to risk losing out on my claim once the population starts growing.”

“According to our father’s notes, he... they... built a small cabin on the property.”

“I wouldn’t be putting any faith in the jabbering of that old fool.”

She gave Connor’s cheek another pat. “Sometimes, dear brother, faith is all we’ve got. I trust the Lord will protect us on our journey.”

Ella, book 12 of the Prairie Roses Collection, had it all, romance, the history, and the faith that God will see them through.

I felt so sorry that the townspeople judged Ella and she felt the need to get away with her children.  She was very brave and very resourceful and knew what had to be done.  Still many disappointments happened along the way west but she didn't let them stop her.

Despite all her bravery I was glad that Tucker was watching out for her and the kids when he got a job as a wagon train helper.

I loved reading this book, it was so interesting and quite the page-turner.  Never a dull moment. 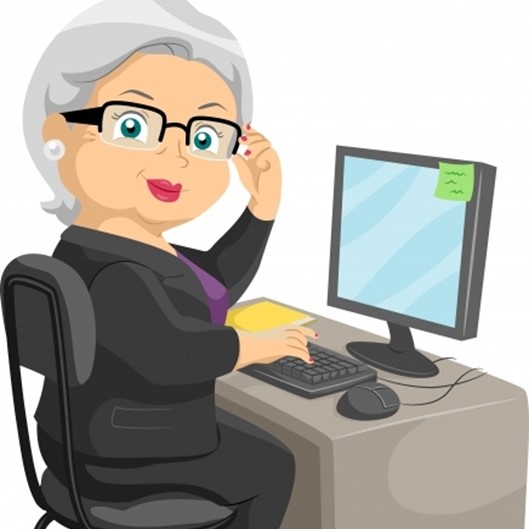 Nancy Fraser is a best-selling and award-winning author who happily jumps across multiple romance genres with gleeful abandon.

She's also the granddaughter of a Methodist minister known for his fire-and-brimstone approach to his faith. Nancy has brought some of his spirit into her Christian romances. And, her own off-beat sense of humor to her clean & wholesome books.

When not writing (which is almost never), Nancy dotes on her five wonderful grandchildren and looks forward to traveling and reading when time permits. Nancy lives in Atlantic Canada where she enjoys the relaxed pace and colorful people.

You can keep in touch with Nancy here:

Giveaway:  Nancy Fraser will be awarding a $20 Amazon or B/N GC to a randomly drawn winner via rafflecopter during the tour!

a Rafflecopter giveaway
This book was given to me by the author and this my own opinion.
Posted by Vickie @Vickie's Kitchen and Garden at 4:00 AM
Email ThisBlogThis!Share to TwitterShare to FacebookShare to Pinterest
Labels: book reviews, Giveaway

Thank you so much for sharing this day on my tour and for your lovely review. I truly appreciate it.

Your welcome! Love these great books!

Your book just flowed. Thanks for letting me read it!